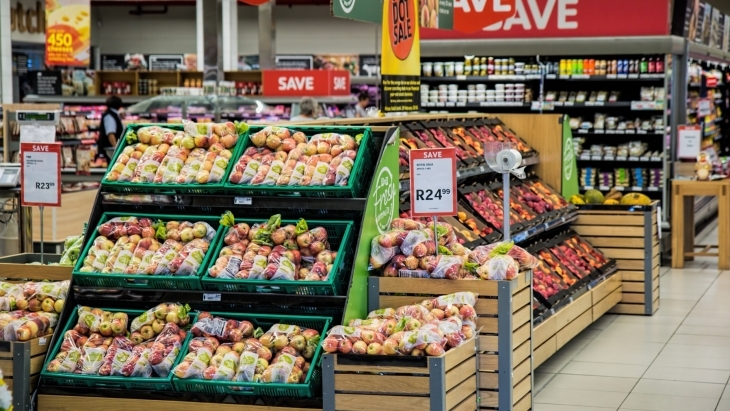 The sales of non-essential goods are expected to show slower growth.

Retail sales in China are expected to be supported by strong growth in retail sales of essential goods, such as food and beverages, despite a high base in 2022 from consumers stocking up for fear of lockdowns, according to a report from Fitch Ratings.

The report noted that consumption of non-essential goods will likely recover later after consumer sentiment gradually improves. Products, such as apparel and cosmetics, that saw sluggish demand in 2022 amid mobility restrictions are likely to see stronger growth from a low base as demand returns.

“We expect catering and offline shopping, which suffered the most from pandemic-related restrictions, to lead the recovery as they come off a low base and as more people head out for meals and shopping,” the report stated.

The recovery in China's consumption after the lifting of Covid-19 restrictions is expected to be bumpier than those in many other major economies due to the weak employment and income outlook, decreasing home prices, rising household leverage, and a lack of direct stimulus, Fitch Ratings said.

Retail activities in China improved after COVID-19 infections peaked in the major cities between late December 2022 and January 2023, following the removal of restrictions in early December, the report noted.

“The swift turnaround from the trough is partly due to China reaching an infection peak faster than most other economies when they re-opened. The surge in infections in China is reflected in the 1.8% yoy contraction in retail sales in December 2022, which led to a 0.2% decline for the full year,” the report added.

Consumption recovery is expected to be likely volatile due to dampened consumer sentiment, which is under pressure from shrinking household wealth, weak employment and income outlook, rising household leverage, and the risk of a COVID-19 resurgence.

The housing slowdown has also undermined Chinese consumers’ wealth and willingness to spend as it has diminished home equity, which accounted for about 59% of Chinese urban household assets in 2019, according to a People’s Bank of China report.

Rising household indebtedness has also impaired Chinese consumers’ purchasing power, and an absence of meaningful policy stimulus to boost domestic private consumption in China has so far contrasted with the strong stimulus packages in the initial recovery phase in many other major economies, Fitch added.

“Still, the high balance of excess savings might provide some potential for “catch-up” consumption and upside surprises in 2023 after economic activity normalises,” the report stated.