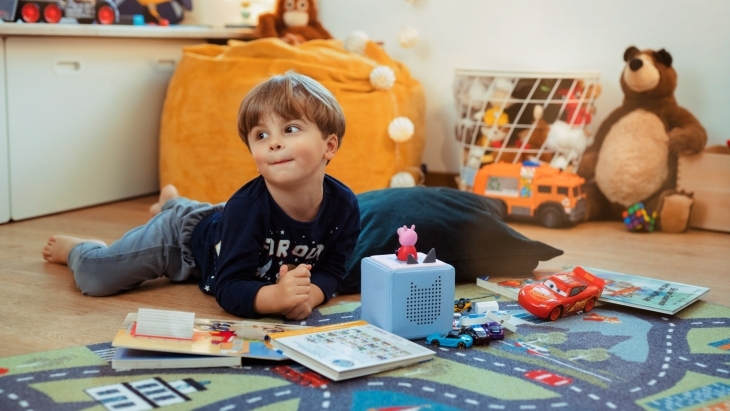 Hong Kong has the lowest fertility rate in Asia.

Educational toy, Tonieboxes, is hitting the Asian market, setting a foothold in Hong Kong; but in a city where fewer children are born year after year, how exactly will Tonieboxes stay relevant?

Data from Hong Kong’s Census and Statistics Department reported that the city has amongst the lowest fertility rates in Asia. In 2020, births plunged to 43,000 and further down to 37,000 in 2021.

“There is a declining birth rate, but because the children remain relevant and important, not only to the parents but also to the grandparents, they really like to develop their kids from an early age,” Carsten Brenker, Managing Director at Jebsen Consumer, told Retail Asia.

Tonieboxes are interactive educational toys that feature cartoon or Disney characters, such as Winnie the Pooh, The Little Mermaid’s Ariel, or Buzz Lightyear, on top of a cube-shaped audio device. Tonieboxes can be activated through a one-time Wi-Fi setup. It also has a magnetic pad on the surface that could detect Tonies audio characters that will play stories and music for kids.

Despite the decline in the birth rate, Jebsen Consumer is deadset on targeting young parents and aspirational parents amongst other target group parents in the Hong Kong market through a holistic 360-degree marketing and sales approach

Jebsen Consumer used red in its core design to symbolise “passion” as it appeals to parents’ affection.

“We could activate a lot of the parents to the customer relationship management program and really get them to try the Toniebox,” he said, noting that it is the box that needs convincing in the beginning.

“Because of our long history of product specialists and promoted trading through Dyson and Bang & Olufsen and CASIO, we have that skill in-house.”

Brenker shared the first phase of its campaign was the October launch of Tonies on Toys “R” Us and J Select. For the second phase, Jebsen Consumer tapped premium kids retailers and bookstores, with which it had a long-standing partnership. On top of this, Jebsen Consumer will also look into collaborating with international schools and educational institutions working with libraries.

“We will do a lot of seeding because we need to get the word of mouth out into the channels and make the product as presentable as possible,” he said.

The company has so far held a pre-launch campaign that featured key influencers in the market, such as supermoms, and a two-week-long collaboration roadshow and experience centre outside of Toys “R” Us to bring it closer to its target market.

Tonieboxes was first introduced in Germany by Patrick Faßbender and Marcus Stahl, and later to the rest of Europe and the US, where it has sold over 3.9 million pieces. Now Jebsen Consumer wants to bring Tonieboxes to Hong Kong as it sees it as a key learning market.

“We believe there is a high trend for kid’s edutainment devices in Hong Kong and Asia. As we know, there's a rising and growing middle class throughout Asia and we know that in a lot of the big cities, especially in the Asian market, parents focus very much on development, like in STEM,” Brenker said. Jebsen Consumer was behind the distribution of Dyson and CASIO watches and calculators in Hong Kong amongst other markets.

Brenker observed that consumers are now more willing to spend for their children’s future, but that there is also a strong trend toward a more attainable price orientation.

Brenker noted that this demand is also driven partly by the need to reduce children’s screen time, which a study found to have tripled to seven hours a day.

“Tonies is an ideal gift or toy to have set up at home and used a few hours a day to [allow kids] interact with [their] mom, [their]parents, and have some downtime.”