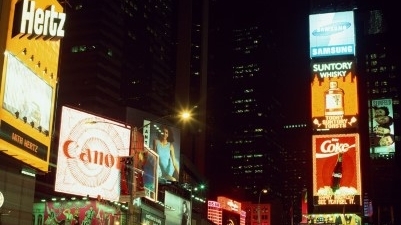 Two new shopping centres, with a GFA of 555,000 sqm, are scheduled for debut.

Shenzhen’s prime retail property market is expected to fare both the immediate and long term, supported by rising leasing demand from the growing momentum of the economics and demographics in the city, according to a report from Savills.

The Chinese city, known for its many shopping destinations, is expected to see strong leasing demand from many retailers trying to capitalise on the growth opportunity within the core city of the Greater Bay Area (GBA).

Looking into the third quarter of 2021, two new shopping centres with a total retail gross floor area (GFA) of about 555,000 square meters (sqm) are scheduled for debut.

“Considering the relatively sophisticated operation experience and reputation of the landlords and their retail properties, the impact of the new completions on the citywide average vacancy rate is minimal,” the report stated.

The city did not see any new completions in the prime retail property market in the second quarter of 2021, and the total stock remained at 5.3 million sqm, as a small COVID-19 outbreak in a few areas and the strict epidemic control at the end of the quarter led to some shopping centres postponing their debuts.

However, leasing demand in the market was more eye-catching and spanned from several sectors, including the food and beverage, accessories, fashion, skincare, cosmetics, and others, the report noted.

This was attributed to the city’s fast economic and demographic upgrades, which continued to support the growing consumption market and, in turn, attracted many renowned retailers to expand in the market.

“This was reinforced by the “first-store” concept that encouraged an increasing number of luxury retail brands to open new stores in the locality, as was the case of Chanel’s first Shenzhen boutique at MixC Shenzhen Bay, and Harry Winston and Moynat both signing leasing commitments at the same project for their first south China stores,” the report stated.

At the same time, the younger demographic structure of Shenzhen, in conjunction with the evolving consumption taste and lifestyle upgrades, caused many retailers from the beverage sector to expand rapidly in the locality, Savills noted.

For example, Ah Ma Handmade expanded to five stores in Shenzhen compared to only one location in the fourth quarter of 2020. M Stand, after opening its first store in Shenzhen in the first quarter this year, aggressively opened four new locations in the second quarter.