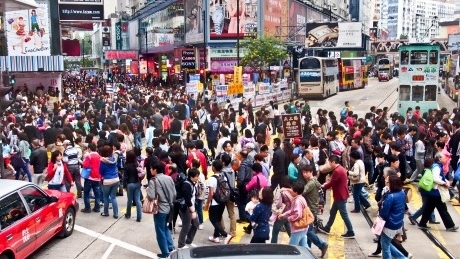 And Uniqlo owner gives Japan business a jolt with a 40% wage hike.

South Korean and Japanese shop owners are among those celebrating China's border reopening as businesses around Asia rekindle ties with the region's largest economy.

China was the world's largest outbound tourism market before the pandemic, and the absence of its once $255 billion of annual spending since borders were shut three years ago has led to financial trouble for many tourism-dependent businesses and employees.

"I'm not afraid of getting COVID-19," said Choi Dae-sung, 49, who has sold clothes and other products in Seoul's busy Myeongdong shopping district for about 30 years but rode a motorbike delivering food to make ends meet during the pandemic.

"We had such a hard time, and I would rather have more Chinese people come than the government restricting their entry so I can do business."

Hikeshi Spirit, a clothing store in Tokyo's Asakusa district that was hugely popular with Chinese tourists before the pandemic, is also hoping this key customer segment will join other nationalities in returning soon, sales manager Masaki Nagayama said.

The investment bank estimated South Korean total spending on personal luxury goods grew 24% in 2022 to $16.8b, or about $325 per capita. That’s far more than the $55 and $280 per capita spent by Chinese and American nationals, respectively, according to Morgan Stanley estimates.

Luxury brands have also highlighted strong sales in Korea. For instance, Moncler said its revenue in South Korea “more than doubled” in the second quarter compared with before the pandemic.

Uniqlo parent Fast Retailing has said it would raise wages by as much as 40%, a clear sign that Japan's rock-bottom salaries may be starting to budge after decades of deflation and cost-cutting.

The move by the casual clothing giant is likely to heighten focus on worker pay ahead of annual spring labour negotiations, although it looks unlikely that the rest of Japan Inc will deliver increases on the same scale.

Prime Minister Fumio Kishida has repeatedly called for companies to increase wages, a plea that has gained urgency as prices have surged, leading to once-unthinkable increases in the cost of everything from food to fuel.

The poor state of pay has become arguably the greatest problem for the world's third-largest economy. In dollar terms, the average annual pay in Japan was $39,711 in 2021, well below the OECD average of $51,607 and little changed from the early 1990s.