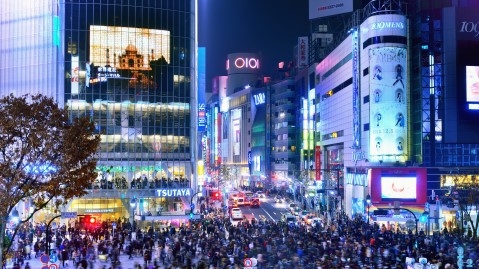 Hong Kong, a market dependent on inbound tourism, ranked fourth in Savills Retailer Attractiveness City ranking, as it faced “sharper declines” and is expected to face a longer recovery road.

In a statement, Savills said New York, Paris, and London topped the ranking as the most attractive cities for retailers, noting that they retained the key essentials of a successful retail location and are set to “bounce back quicker” this year than other cities.

“These cities all benefit from affluent domestic markets and have already demonstrated far higher levels of resilience over the last 18 months,” said Marie Hickey, director of retail research at Savills.

Hickey said New York suffered “relatively less” during the pandemic on the back of a robust domestic tourism market, whilst Paris saw lower penetration of e-commerce which drove more customers to physical luxury stores.

With the mixed recovery across key destination cities, Savills said the pandemic created opportunities for retailers in emerging markets, especially in the Middle East and Asia.

Savills said it is seeing international brands looking at taking full control of tier stores in Dubai, where many luxury brands are represented by mono-brand stores through local franchises, with the recent changes in government policies.

It added that Cairo, Saudi Arabia, and Bahrain, which have relatively affluent domestic populations, pose opportunities for luxury retailers in the region.

“Luxury brands will follow the lead of top developers which are expanding into Chengdu, Hangzhou, Kunming and Ningbo, among others. Of these, we see the most potential in Hainan, with the full island set to be a duty free zone by 2025,” Bradstreet said