AS more shoppers in Asia buy online, their rising expectations amidst a competitive retailer landscape is driving increased demand for free shipping, expedited deliveries and customer centric return policies to be offered as the standard, according to the UPS Pulse of the Online Shopper study.

Now in its sixth year, the research commissioned by package delivery company UPS revealed enduring constants as well as emerging trends that are changing consumer behaviour and preferences across China, Hong Kong and Japan, as well as the US, Canada, Mexico, Europe and Brazil. The results have been categorised into three areas — Constants, Movers and Emergers.

“Analysing the mindsets and motivations of thousands of shoppers around the world reveals that, far from being a sunk cost, clever shipping and returns solutions are actually an area where retailers can win and retain customers, drive repeat patronage, and encourage shoppers to add more items to their carts — both online and in-store,” said Sylvie Van den Kerkhof, vice-president of Marketing, UPS Asia-Pacific.

Only 57% of shoppers in Asia are satisfied with the online shopping experience, the lowest percentage compared to other regions surveyed and an improvement of only 11 percentage points since 2015 (when it was 46%), demonstrating the slow pace of change in addressing customer satisfaction.

Other areas of the retail experience that remain important and influence purchase behaviour include the importance of free, fast shipping, as well as free and easy return policies. Asian online shoppers said they enjoyed free shipping, on average, for 85% of their orders, illustrating the competitive advantage that free shipping gives to retailers that offer it.

Unsurprisingly, nearly two-thirds of respondents in Asia indicated that free shipping is an important factor in the checkout process, with 46% of shoppers adding items to their cart to qualify for it. About half of Asian online shoppers have abandoned a cart due to no delivery date being given or delivery time being too long, with the average delivery wait leading to cart abandonment being 11 days.

Meanwhile, a convenient and transparent return policy increases sales and customer satisfaction, with 67% of shoppers in Asia indicating that free shipping on returns is important when selecting online retailers. UPS said this is an area where retailers in Asia must do more to improve their service as only 47% of shoppers are satisfied with the ease of making returns, even though only four in 10 have actually returned an online purchase in the past year. Furthermore, 79% of shoppers returned only 10% or less of their orders. Among these, 69% made new purchases when returning an online order in-store and 67% bought new items when returning online, demonstrating a strong business case for offering a fuss-free return service.

MOVERS: In recent years, consumers in Asia have become increasingly comfortable with shopping on smartphones, selecting ship-to-store and buying from international retailers and small businesses.

The usage of smartphones has become even more prevalent amongst shoppers in Asia, with smartphone purchases becoming the norm as 77% of shoppers have placed orders on their phones (the highest percentage globally), up from 55% in 2015. By way of comparison, only 48% of American smartphone users made online purchases on their device.

According to the study, ship-to-store is growing in popularity (with 37% of shoppers using it in the past year and 59% of those planning to use it even more this year).

Ship-to-store is growing in popularity (with 37% of shoppers using it in the past year and 59% of those planning to use it even more this year), according to the study. Notably, it can be a lucrative offering for retailers, as 60% of Asian shoppers who used ship-to-store in the past year made additional purchases while in-store. The percentage is even higher in China at 74%.

“One revealing finding is that Asia’s online shoppers are now buying from a more diverse set of retailers — ranging from major marketplaces to boutique shops, from domestic to foreign stores. Importantly, what this tells us is that there is a viable opportunity and customer base for small businesses in Asia to expand internationally and it is only set to grow larger,” said Van den Kerkhof.

The research found that 55% of online shoppers in Asia are embracing international retailers. Among those, 49% of buyers ventured to overseas retailers because the brand or product was not available domestically or the quality (39%) or price (38%) was better internationally.

Noteworthy for Asian businesses is that there is a strong preference for buying from retailers within Asia as 77% of those who made an international purchase made one from a retailer within the region, while 31% have ordered from retailers in the US. Hong Kong had the highest percentage of online shoppers making international purchases at 82%, followed by China at 64%. Meanwhile, only 21% of Japanese shoppers did so, indicating their strong preference for domestic goods.

EMERGERS: Newer areas of retail that may play a bigger role in the future.

Alternate delivery locations are most popular in Asia compared to other regions with 71% of consumers interested in shipping packages to these locations with extended hours for reduced fees.

Asian shoppers also love their marketplaces with 98% having purchased from one and more than a third saying they will use them even more in the next year. Better prices (64%) and free or discounted shipping (42%) are the top reasons for buying from a marketplace instead of direct from a retailer.

“The UPS Pulse of the Online Shopper research shows time and again that as online shoppers gain the benefit of greater choice, they are increasingly dictating the terms of their buying experience — and it is vital that retailers know how to cater to and adapt to their changing needs,” Van den Kerkhof added. 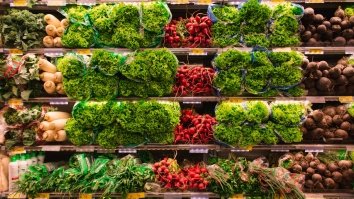 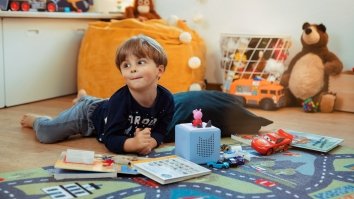 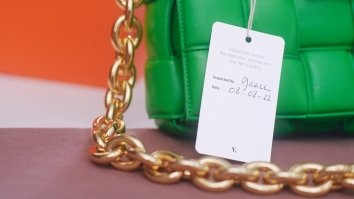