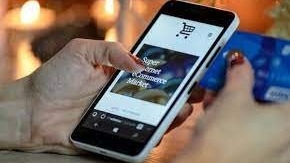 Rakuten Point Cards will be usable in all Seiyu stores starting 26 April.

Japanese retailers Rakuten Group and Seiyu will begin a full-scale rollout of a new collaborative program in all Seiyu, Livin and Sunny stores operated by Seiyu in April, aiming to promote enriched digital marketing in Seiyu stores, a press release revealed.

The program will make use of an Online Merges with Offline (OMO) strategy centered on Rakuten Points, with Rakuten Card issuing a new credit card with an original Seiyu design starting 1 April, Rakuten said.

Rakuten Edy e-money can also be added to this card, enabling customers to use Rakuten Edy for payment at all Seiyu and related stores.

This new app will combine the functionality of Rakuten Seiyu Netsuper, the Rakuten Points loyalty program and the smartphone payment service Rakuten Pay in one integrated format, and is designed for use both in-store and online through Netsuper.

Additionally, it will be possible to use Rakuten Point Cards in all Seiyu Group stores starting 26 April, the company said.

“Going forward, Seiyu and Rakuten will continue to strengthen this collaboration program, as well as further strengthening the Netsuper business and the integration of online and offline digital marketing,” Rakuten said.