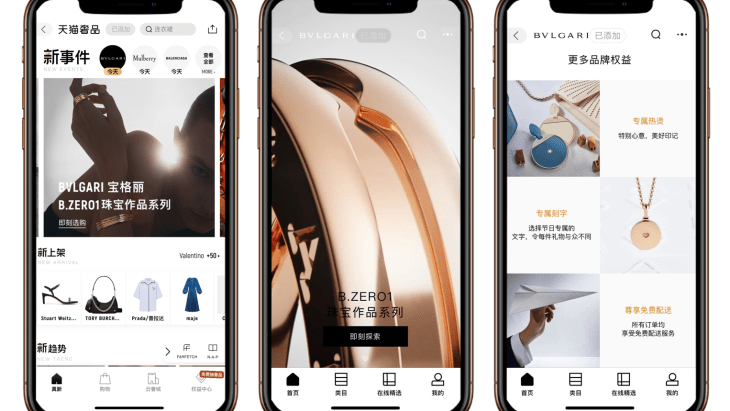 Alibaba and Bulgari joined forces in customizing the store’s interface.

Italian jeweler Bulgari has launched a digital store on Alibaba Group’s Tmall Luxury Pavilion marketplace with a tailor-made digital presence that seeks to set itself apart from other stores, the e-commerce platform announced in a news release.

Bulgari, established in 1884 by Sotirio Bulgari, will directly operate the store. Bulgari’s flagship store will seek to draw on user behavior and feedback to add functions and improve users’ experience, Alibaba said.

Meanwhile, Tmall Luxury Pavilion will work with the brand in areas such as product launches, brand marketing and service experience.

Other brands are expected to gradually adopt a more customized approach as they seek to migrate more of their operations online while preserving a sense of exclusivity, Alibaba said.

Since the launch of Alibaba’s Tmall Luxury Pavilion five years ago, more than 200 luxury brands have joined the e-commerce platform, including LVMH, Kering, Chanel, Hermes and Richemont.