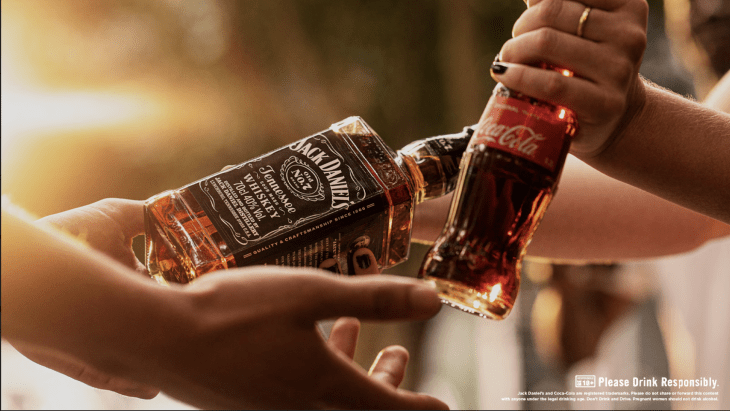 It has popularised the Jack & Coke mixed drink in partnership with Coca-Cola Philippines.

The multinational spirits company Brown-Forman Corporation, through its Philippines business, brought home the Product Launch of the Year Award in the recently held FMCG Asia Awards 2022 for the localisation of its Jack & Coke campaign in the Philippines market.

Coca-Cola is the No. 1 soft drink brand in the Philippines and one of the most famous cola brands worldwide.

The Jack & Coke campaign features an American Classic cocktail through the partnership of these two Iconic American brands - over 100 years in the making.

Brown-Forman seized the growing local demand for premium cocktails and mixed drinks through the collaboration with Coca-Cola Philippines leveraging the global partnership Brown-Forman has established with Coca-Cola in Europe. The partnership of two of the leading category brands officially brought to the Philippines the No. 1 mixed drink in the world and the staple bar call in the Philippines: Jack & Coke. They came together to become one iconic American duo celebrated all over the world - they didn't just make friends, they made history.

The partnership increased brand awareness for Jack & Coke, reinforced the ownership of whiskey and cola, educated local consumers on how to make the perfect mix of the cocktail, recruited young adult consumers who are looking for easy-to-make and easy-to-drink cocktails that led to Jack & Coke being the most Googled drink served in the Philippines during the campaign.

With over 99% of consumer feedback being positive and an increase of +352% in the potential audience interested in Jack in Meta, Brown-Forman believes that the partnership between Jack Daniel’s Tennessee Whiskey and Coca-Cola will continue to bring both brands to the next level.

The FMCG Asia Awards is a prestigious awards programme that celebrates the most outstanding companies in the Asia Pacific FMCG industry that have shown exemplary performance with their innovative products and initiatives.

The FMCG Asia Awards is presented by Retail Asia Magazine. To view the full list of winners, click here. If you want to join the 2023 awards programme and be acclaimed for your company's exceptional products or initiatives in the FMCG industry, please contact Jane Patiag at [email protected].