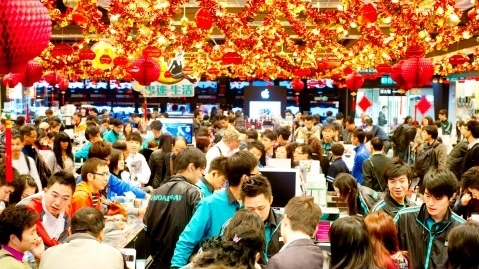 Retail markets across Asia Pacific are expected to improve in 2022 despite uncertainties, with the role of domestic tourism in supporting the retail industry set to remain highly relevant in the near term before 2024, according to a report from Savills.

Quoting Oxford Economics, the report stated that all 15 major destinations in APAC, except for India, are expected to see domestic visitor volumes climb back to their 2019 levels in 2022.

“The development of the ongoing Omicron infection waves and vaccination progress will have a significant bearing on the normalisation of retail and travel activity, which may result in further regional divergence,” the report stated.

New Zealand, Malaysia, Indonesia, Vietnam and Australia are expected to lead the trend with rapid growth of over 20%. Meanwhile, inbound travel will not recover until 2024 in the region and as late as 2025 for some individual markets.

“Though downside risks persist, most retail markets should continue to benefit from the rebound in global trade and regional economies, as well as various relief measures deployed by local governments. All in all, the recovery has been delayed but not derailed and we remain hopeful of improving conditions this year,” the report added.

In the field of real estate retailing, hospitality and tourism have been hit hardest by government measures which have included travel bans, social distancing and lockdowns, leading to a period of general upheaval for the retail property market, Savills said.

But the report noted that the severity of infection rates, the varied success of vaccination programs and diverse containment strategies have all meant that recovery rates have been far from consistent across the region.

In contrast, the laggards which include Singapore, Hong Kong, Seoul, and Tokyo have moved beyond their lows with improving sentiment in evidence since the second half of 2021, the report noted.

Domestic consumption has lent support to these markets, the report noted, whilst rental growth among prime retail properties has remained weak. In markets which recorded growth, demand was driven by consumption from both residents and domestic visitors.

“It’s worth noticing that markets with large existing domestic tourism markets relative to international ones generally enjoyed the most resilience. Across the retail cities we track, those where domestic travellers accounted for less than 80% of all tourists witnessed a negative rental correction of 5% to 28% from 2019, with Jakarta proving the exception,” Savills said.